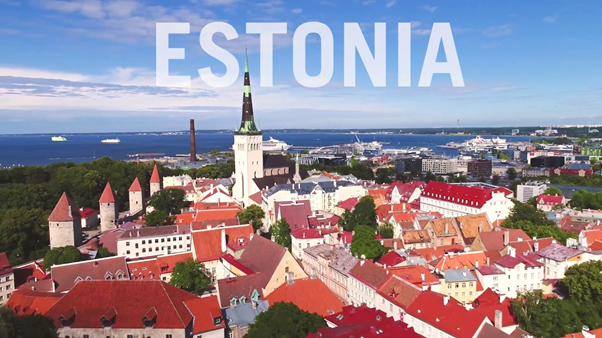 Estonia, officially the Republic of Estonia, is a country in northern Europe. Estonia is a developed country, with a high-income advanced economy; ranking very high in the Human Development Index. From a small country, Estonia has made a big impression on the global stage.

In the year 1991, Estonia after receiving independence from the Soviet Union embarked on a series of fast-track reforms to modernize the economy. Estonia from the beginning decide to take a digital approach.

According to survey done it was found that Estonia before was a relatively poor country still their public sector, civil servants and government wanted to offer the people of Estonia good quality services. Therefore, a key initiative started in education for the same. Estonia decided to arrange computers in every classroom and then as a result by the end of 2000 every school of Estonia shifted to online. Whereas the government of Estonia provided free computer training to 10 percent of the adult population.

In the year 2002, Estonia launched a high-tech national ID system which included physical identity cards getting paired with digital signatures which was used by the people of Estonia to pay taxes, to vote, to do online banking transactions and to access their health care records. However, as a result of these efforts the percentage of people shifting to online had arisen from 29 to 91 percent from the year 2000 till 2016. 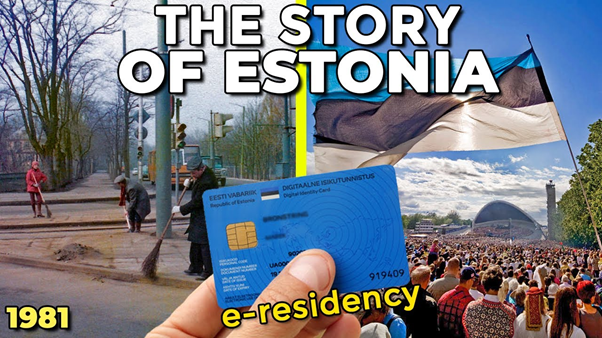 E-residency was the first initiative done by Estonia in the year 2014 towards becoming a digital society. The aim behind this kind initiative was to allow people to start their businesses in the country without living there.

This Program of E-residency serves as a launching pad for companies looking to do business in the European Union (EU) and benefit from the EU’s single market. This allowed more than 50,000 people over the globe to start their businesses here by applying E-residency since it was launched.

After launching E-residency Estonia moved to start a visa for digital nomads that is for the employees who work remotely around the world which further built a step towards its success.

The visa is an example of a public-private partnership at work between the Estonian government and Jobbatical, a cross-border hiring firm.

These initiatives by Estonia like e-Residency and the digital nomad visa, along with business-friendly tax rates, have helped and encouraged people around the globe for a start-up culture in the tiny Baltic nation. Accordingly in 2003 Estonia launched Skype, the video chatting service that was bought by Microsoft. 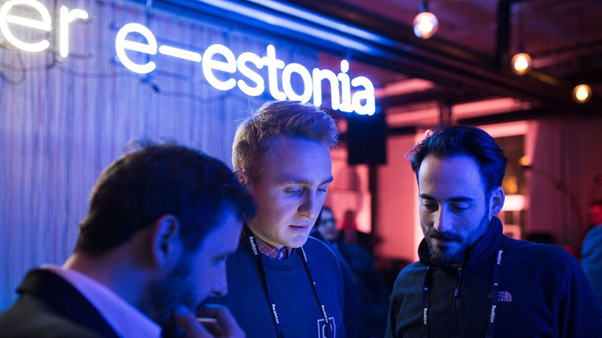 The journey to become a digital society in Estonia hasn’t been without roadblocks. Estonia suffered a massive cyber-attack in the year 2007 which brought down most of its digital infrastructure.

In the wake of the attack, Estonia became home to the NATO Cyber Defense Centre of Excellence, which conducts large-scale cyber defense drills. Government officials admit that being a digital society means being prepared for cyber threats.

Today, the government of Estonia boasts itself as the home to more tech unicorns and private companies that are valued at more than $1 billion, per capita than any other small country in the world. Its recent unicorns include payments firm TransferWise and Uber competitor Taxify. Other companies focusing on everything from blockchain to organic food are now vying to be the next Estonian success.

Estonia is now really stepping into the future as it became the first country to adopt online voting in the year 2005. Today, almost all government services are managed online in Estonia. This has made Estonia, the most internet-focused country and which turned it as one of the world’s most advanced digital society.